I don't really know a huge amount about this band - Fabio told me about them when I bumped into him at a gig! So I took a chance and bought the album "The Reckoning Dice" and was very glad I did! It's a great album! I also saw them live a couple of times - once was supporting Thunder at Shepherds Bush. The second time I think was supporting Enuff Z Nuff, by which time Fabio had left the band. I never heard anything more about them after that so assume they split up.

Track Listing:
The More You Run
The Reckoning Dice
Shallow Rain
Bringing The Bogle Down
Almost Midnite
Look Away

All tracks written by S.Stone except "Bringing The Bogle Down" by S.Stone/I.Iredale 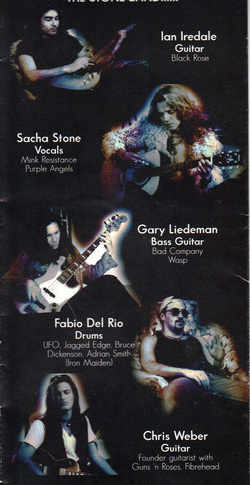